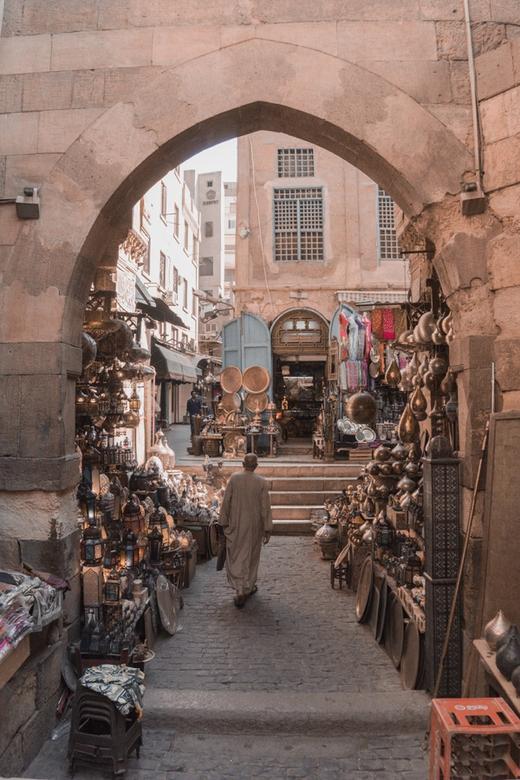 To truly understand a culture, learners are advised to look into its people’s collective beliefs and their way of looking at the world.

Egyptian Arabic proverbs reveal common and widespread cultural beliefs about Egyptian values, and other ways of communal understanding. They reveal a culture which is famous for its humor, for how its people play with light-hearted language and that uses irony to deliver a point.

This guide is meant to facilitate your understanding of Egyptian culture through its proverbs.

It's a fun window for you to look through as you advance in your journey as a student of Egyptian Arabic.

Under each proverb below, you'll find an explanation of what a proverb or a famous saying means, as well as when it is appropriate to use it.

Additionally, there will be a possible English proverb equivalent if it exists.

Meaning: This is a widely used classic Egyptian idiom that means that people’s main traits do not/cannot change. We use it to reference people who have made significant mistakes and were given another chance, but still continued to make them.

It could be used to reference a range of mistakes from a student who procrastinates until the night before the exam to the man who keeps cheating on his partner. So, Egyptians would shrug and say, “what did you expect, a dog’s tail never straightens.”

Translation: He who has been burnt by the soup, would puff at the yogurt.

Meaning: Another very common idiom that Egyptians use to explain why it’s understandable that one would be extra cautious after being hurt. The idiom means that whoever got his tongue burnt by the hot soup, would understandably keep puffing into the cold yogurt, or the thing that would never burn him.

Translation: News that is worth money today will be free tomorrow.

Meaning: This is a funny one Egyptians use to mean that eventually truth is revealed no matter what people do to hide it. In a way, it’s as if the idiom says, no need to dig in & put so much effort to know certain news, you’ll eventually hear of it sooner or later.

Translation: The monkey looks like a deer in his mother’s eyes.

Equivalent English proverb: beauty is in the eye of the beholder.

Meaning: This is a common one with a twist of Egyptian humor. A Mother will always see her son as the most handsome one in the room.

The idiom however does not only exclusively mean only mothers in this case, but it is meant to imply humorously that the one who loves will always see beauty in their beloved.

Translation: To fast for so long and then break one’s fast for an onion.

Meaning: Another funny and widely known Egyptian idiom that speaks of the irony and in many cases, the stupidity of someone who has waited so long for something and made a lot of sacrifices in order to reach it just to end taking the worst of its kind.

Examples for this proverb could include a student who studies for years to become a doctor and then gets a very low paying job, or a woman who stays single for years waiting for a long lasting love, just to end up agreeing to be in a relationship with a silly or an immature man, people would say, “You fasted all this time, so you can break your fast for this onion?”

Translation: He who eats alone, chokes on his food.

Meaning: Another funny Egyptian idiom which is used when a person watches another (a friend or a relative) eating delicious food without offering to share. One would stare into the food, and light-heartedly say the idiom, and the other person has to share some of their food now.

This is light hearted and is only meant to be used jokingly with friends or close relatives. It will be considered rude if you say this to a stranger or a person you are not on friendly terms with.

Translation: We have eaten bread and salt together.

Meaning: The English expression “Breaking bread” is the closest to Egyptian Eish wi Malh, but the Egyptian Arabic idiom usually indicates an additional meaning of a shared good history and trust between those people. Generally, you would not share food with people you do not trust.

Translation: Turn the pot upside down, the daughter will grow up to be like her mother.

Meaning: This is a slang, light hearted idiom that is meant to rhyme in Arabic. Everyone usually asks what the pot has to do with the saying? Stories of origin have included a story about a fortune teller predicting the future of a girl while looking into a pot and then she proceeds to say the idiom. While another possible story of origin is about a woman who has to carry a pot everyday to help her husband with farmwork, and she drops the pot every day without fail. Then one day her husband decided to call their daughter for help and that she should carry the pot instead of her mother. Well well, she dropped the pot as well. Like mother, like daughter.

Translation: This cub is from that lion.

Meaning: This one is quite similar to the previous idiom. As the girl grows up to be just like her mother, the boy already looks and has the traits of his father.

The lion imagery is used to indicate honor, chivalry, or power. An appropriate use for this saying is when a boy grows up to be a chivalrous or an honorable man. If his father has a good reputation, people would commend them both and say that the man has raised his child to be a “lion”.

Translation: A goose’s baby is a swimmer.

Equivalent English idiom: The apple does not fall far from the tree.

Meaning: Following the same line of idioms about parents and their offspring, Ibn el wiz ‘waam implies that the parents' traits are eventually inherited by their children.

Translation: When the sad girl decided to be happy, she couldn’t find a place to be.

Meaning: A rhyming funny Egyptian proverb about the string of bad luck one can go through. Usually, people use it to refer to having gone through unfortunate events and then have a small glimpse of hope that eventually leads to nowhere.

Translation: We kept silent, he came in with his donkey

Equivalent English idiom: We gave an inch, they took a mile.

Meaning: A funny slang Egyptian saying to imply that someone has pushed their limit.

Basically, the proverb is used when someone makes a mistake and you do not object or call them out, so they make a bigger mistake since no one objected in the first place. The proverb tells a snippet of a story about the speaker not objecting to the first mistake, and so the man in question walked into the house or the mosque with his donkey, which is a much greater offense.

A good use for this proverb is when someone is being audacious with their mistakes, and they need to be called out.

Translation: Stretch your legs to the end of your quilt.

Equivalent English idiom: Cut your coat according to your cloth.

Meaning: Make plans according to the limit of your resources, and not what you’d like them to be. It is a cultural understanding of having to make do.

Translation: If one does not have money for it, he does not need it.

Equivalent English idiom: Cut your coat according to your cloth.

Meaning: Another wise and relative Egyptian slang saying about money and budgeting. If you don’t have money to buy it, you don’t need it. Do not overextend yourself for things that are above your means.

Translation: Take more from what is free

Equivalent English idiom: All good things in life are free. (It is only similar in the literal sense. The Egyptian proverb only means actual material free things.)

Meaning: This is another slang saying that means that free things are the best, and that you should always seize on the opportunities to take more free things. It’s very simple.

An appropriate use for the proverb would be when getting access to free material things such as: an all you can eat buffet, someone distributing samples of food at the grocery store, etc.

Translation: A lie has no legs.

Meaning: In Egyptian Arabic, a lie has no legs to stand on, and so one should not lie because the truth will eventually come out.

An appropriate use for the proverb would be when someone is caught lying and people nod that “a lie really has no legs”, or when someone decides to lie and you would advise them not to say they’ll eventually get caught, and they should be direct and honest.

I hope this guide has been a good facilitator for you towards a better understanding of Egyptian culture and some of its famous proverbs.