Arabic still remains one of the highest-demand languages in the US and other Western militaries.

Because of this, there are significant salary perks for any serviceman investing their time and energy into learning Arabic, especially dialects like Iraqi (referred to as "enduring languages" for ongoing importance).

In this guide, I've listed some valuable Iraqi Arabic words and phrases for active military personnel stationed in the Gulf or Mesopotamian regions.

These are the military rank titles in Arabic.

By no means comprehensive, but in this table, you'll find the names of common weapon names in Arabic.

Imperatives are short sentences, usually one or two words only, that are used to tell someone to do something.

Here you'll find a handful of other useful Arabic expressions you may need on deployment when interacting with civilians.

English meaning: Where were you born?

English meaning: Names of your siblings?

How to improve your Arabic for military service

The guide above is a good starting point. 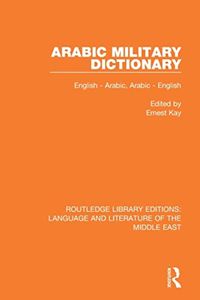 If you want to continue your Arabic preparation, I recommend getting a copy of the Arabic Military Dictionary by Ernest Kay. This is one of the most comprehensive military dictionaries publicly available.

In addition to this, if you want to learn Iraqi Arabic or any other dialect, then create a free account with us to get started today.