What Language Is Spoken In Lebanon? 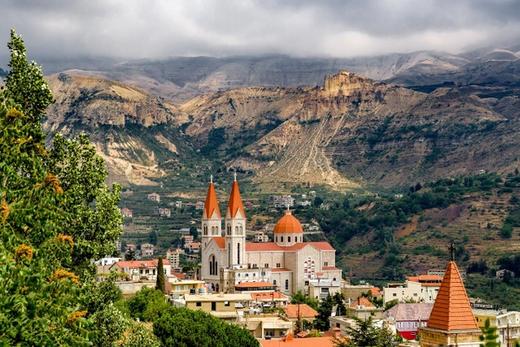 If you want to know what language is spoken in Lebanon, then it might surprise you to discover that "Arabic" isn't the only answer. In fact, like other Arabic-speaking countries, the official language of Lebanon is not actually a native language to its inhabitants at all (see below). Lebanon has a rich cultural and linguistic history stretching back thousands of years to the Romans, Macedonians, Persians, Babylonians and Assyrians long before the arrival of the Arabs.

What language is spoken in Lebanon?

Lebanese Arabic is the dominant spoken language of Lebanon. This is a colloquial dialect that is very close to Syrian, Jordanian and Palestinian (all are categorized more broadly as 'Levantine' or shami).

It's important to note that the official Arabic of Lebanon is, in fact, Modern Standard Arabic and not spoken Lebanese. MSA is the literary language that is derived from its ancestor, Classical Arabic (the language of the Quran). Although the entire country is able to read, write and speak MSA, it is not used in day-to-day spoken discourse outside of professional contexts (media, academia, politics, etc.).

Lebanese Arabic is heavily influenced not only by MSA, but also French.

The French colonial past of Lebanon has left its mark on Lebanon's linguistic landscape, as French is still widely used. In fact, it's over 40% of the Lebanese population are French-speaking, and over 70% of all secondary education in Lebanon is taught in French.

Lebanese Arabic also contains many loanwords from French, and speakers often codeswitch between Arabic and French when talking.

French is increasingly spoken by younger Lebanese people as a primary language.

Over 30% of all secondary education in Lebanon is now taught in English.

Other languages in Lebanon

Lebanese Arabic, French and English are the not the only languages spoken in Lebanon.

Other languages that are spoken by minorities are Greek, Armenian, Assyrian and Kurdish, as well as other various other Arabic dialects (e.g. Syrian).

Want to learn Lebanese Arabic? Sign up to get started.