What Language Is Spoken In Syria? 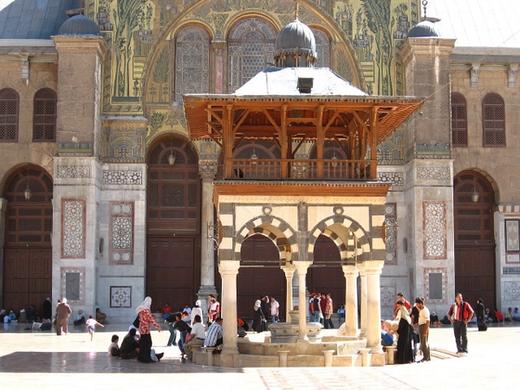 If you want to know what language is spoken in Syria, then it might surprise you to discover that "Arabic" isn't the only answer. In fact, like other Arabic-speaking countries, the official language of Syria is not actually a native language to its inhabitants at all (see below). Syria has a rich cultural and linguistic history stretching back thousands of years to the Romans, Macedonians, Persians, Babylonians and Assyrians long before the arrival of the Arabs.

What language is spoken in Syria?

Syrian Arabic is the dominant spoken language of Syria. This is a colloquial dialect that is very close to Lebanese, Jordanian and Palestinian (all are categorized more broadly as 'Levantine' or shami).

Syrian and Lebanese Arabic are the closest, and categorized more specifically as North Levantine.

Syrian Arabic is heavily influenced by many languages, most notably Turkish, Kurdish and Syriac (Christian liturgical dialect of Aramaic). There are various region-specific accents and sub-dialects of the Syrian dialect.

It's important to note that the official Arabic of Syria is, in fact, Modern Standard Arabic and not spoken Syrian. MSA is the literary language that is derived from its ancestor, Classical Arabic (the language of the Quran). Although the entire country is able to read, write and speak MSA, it is not used in day-to-day spoken discourse outside of professional contexts (media, academia, politics, etc.).

Syrian Arabic is heavily influenced not only by MSA, but also French.

Kurmanji is a northern dialect of Kurdish spoken from Syria right across to Iran.

After Arabic, this Kurdish dialect is the next most represented language in Syria with Kurds being the second largest ethnic group. There are estimated to be over 2 million Kurds living in Syria.

There are still several Turkish-speaking minority communities living in various parts of Syria.

Other languages in Syria

Syrian Arabic, Kurdish and Turkish are the not the only languages spoken in Syria.

Other languages that are spoken by minorities are Aramaic, Armenian, English, Greek and French, as well as other various other Arabic dialects (e.g. Lebanese).

Want to learn Syrian Arabic? Sign up to get started.